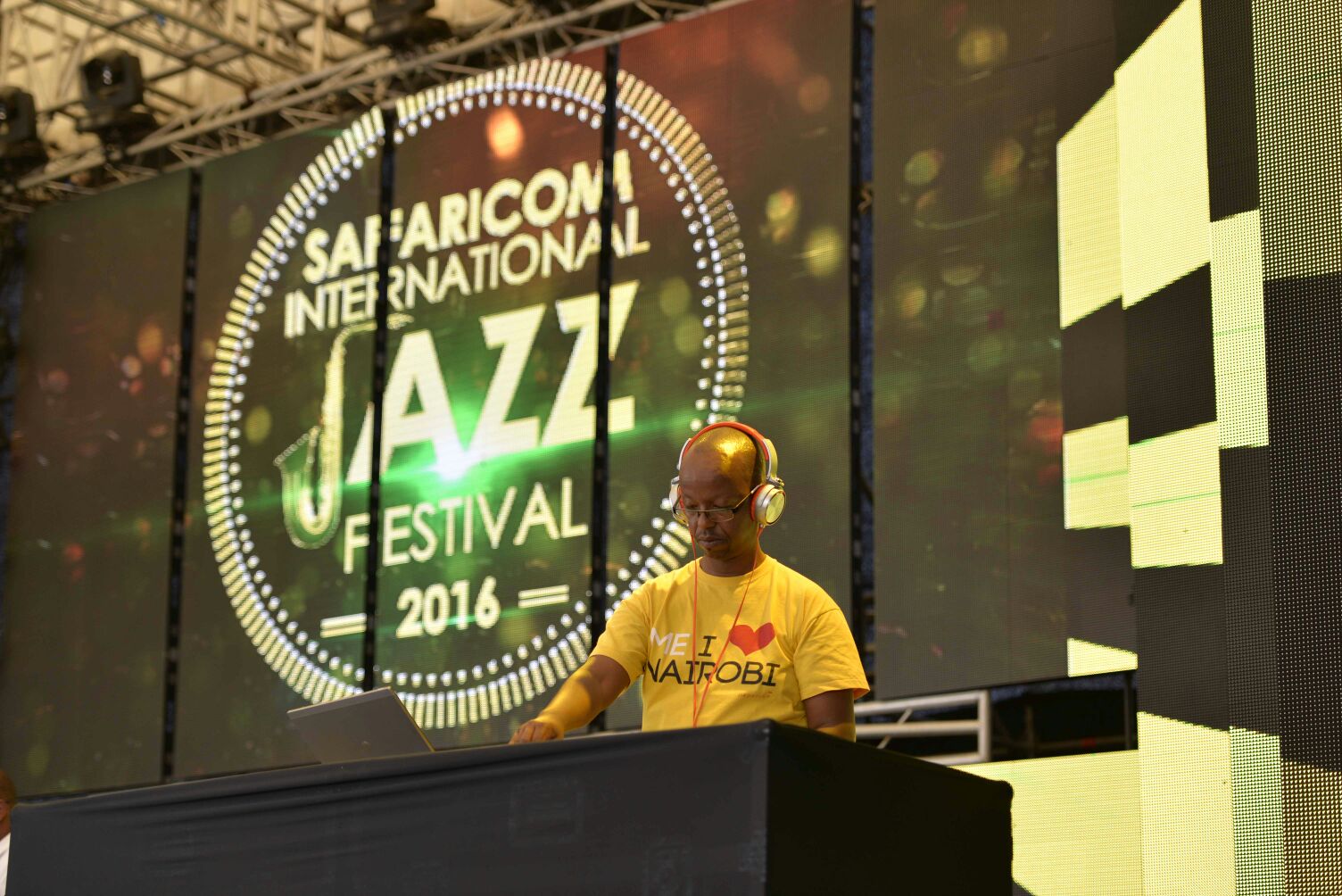 DJ D-lite fires up the decks

The festival actually started 6 days earlier when the different guest artists/bands were performing at various venues across the city especially at Safaricom’s Michael Joseph Centre where I watched the amazing Sons of Kemet for the 1st time on the preceding Tuesday followed by a jam session later at Slim’s bar featuring Kenya’s very own Edward Parseen and the changing faces band. They were supported by Belgium’s Jeff Neve as well as the amazing Maya Belsitzman from Israel. All in all, a great night out and a whole LOAD of Jazz. Friday at the Michael Joseph centre saw the ‘African nite’ happen with Siya (South Africa) and Kunle (Nigeria) bringing down the house together with our own local jazz artists. What a night!! 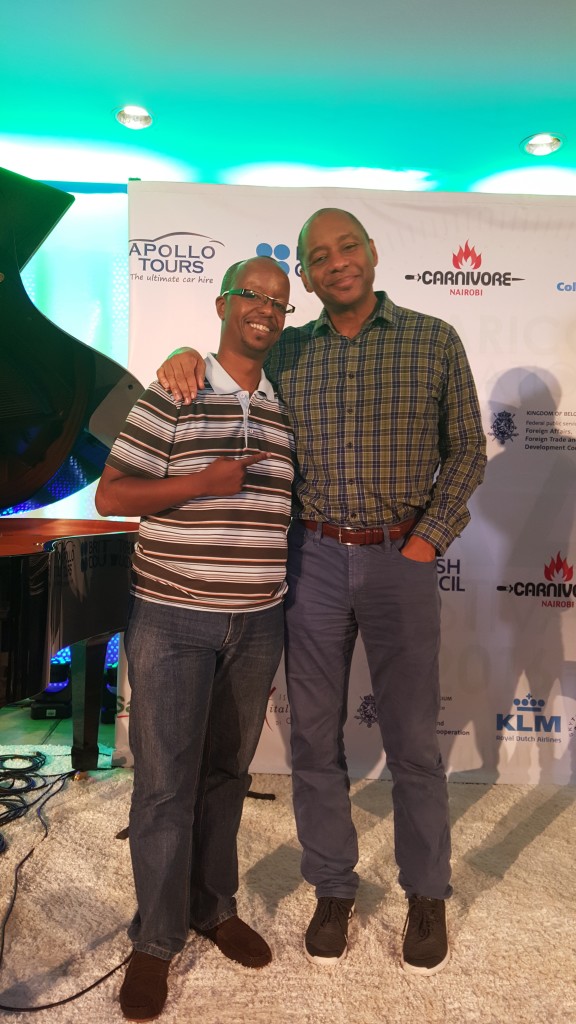 The highlight for me, however, was meeting Jazz maestro Branford Marsalis during the press conference held on Thursday at the Michael Joseph Centre. When I finally plucked up the courage to go introduce myself as the festival DJ, he was surprisingly gracious and even offered to take a few ‘selfies’ with me (as well as other people thereafter). We bonded like old friends over the next few days. He was absolutely hilarious and always cracking jokes. 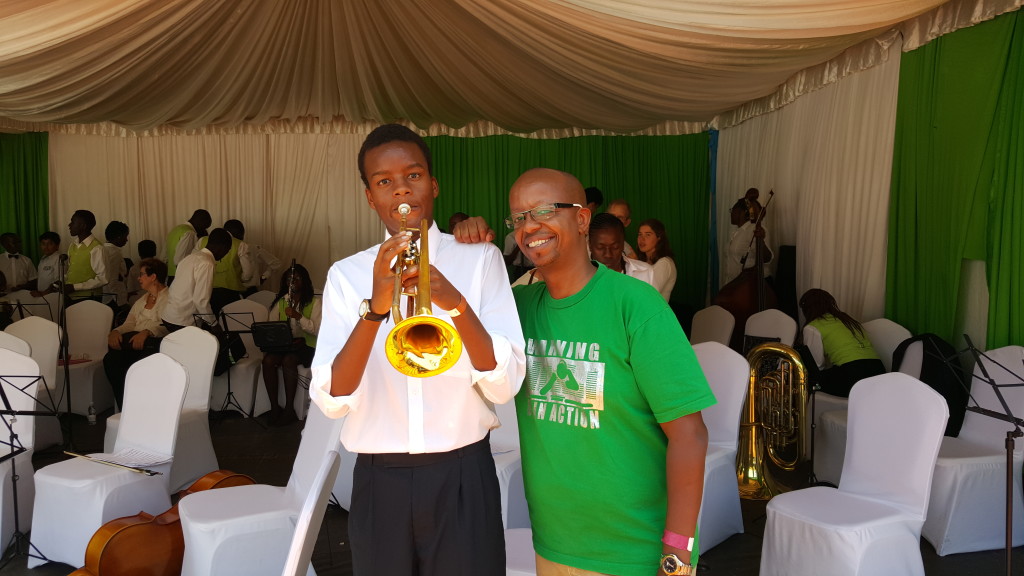 Dj D-lite with his son, a member of the Safaricom Youth Orchestra

Then D-Day arrived. I’d waited for this day all year. I could not hide my excitement and even arrived at the venue nearly 2 hours before I was meant to be on stage to kick off the event by 10 a.m. After some sound checks by the Safaricom Youth Orchestra, I started playing my Jazz sets as people begun strolling into the venue. By the looks on people’s faces, I believe they were enjoying both the music and the experience. At midday, the official program begun and my role was the provide entertainment in between band sets, whilst simultaneously setting the music mood for the next act. 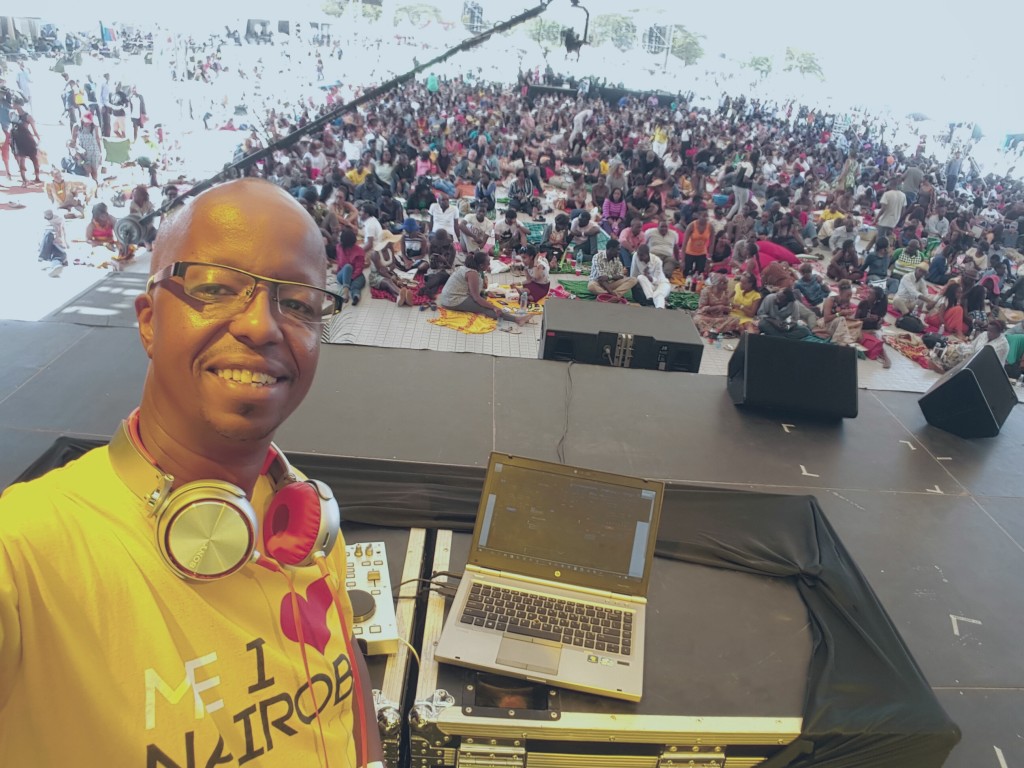 David on the decks

Judging by the reaction from both the crowd as well as the compliments that I received from the Jazz artists’ themselves, I felt that I achieved just that. My sets ranged from smooth jazz with Gerald Albright’s ‘The Duke’ to classic Miles Davis’ ‘Stellah by Midnight’; latino jazz Jose Feliciano’s version of the classic ‘So What’ to British Jazz with last year’s festival sensation Soweto Kinch’s ‘Mungo’s adventure’. As an intro to our very own Afrosync, I played a couple of tracks off our very own Jazz maestro Aaron Rimbui’s recently released album “Deeper”. Find it on iTunes and download it. It’s his best work yet. 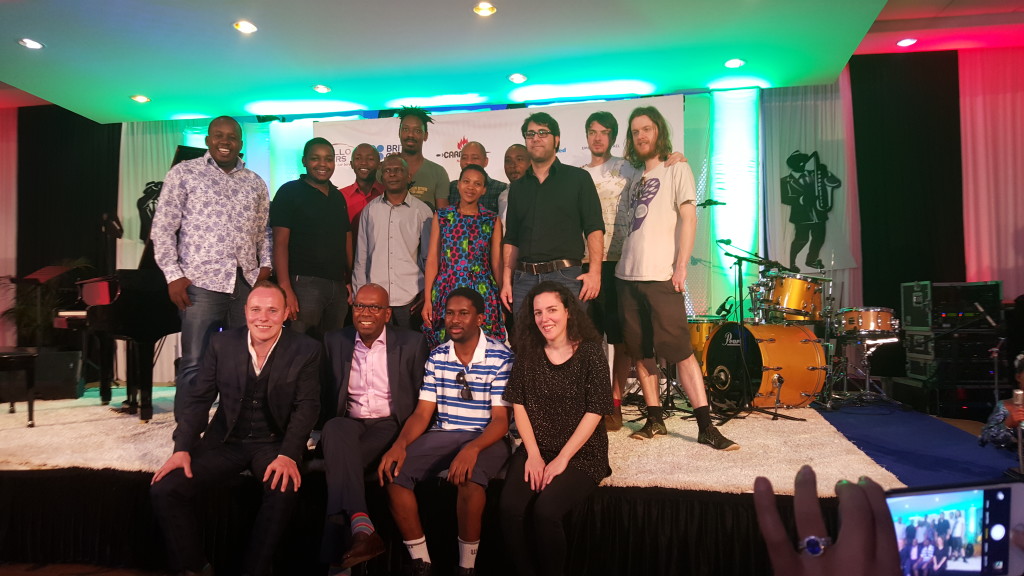 Bob Collymore with the all the Safaricom Jazz festival acts

The artists all held their very own and the crowd was totally entertained. The festival ended with an encore when all the artists joined Branford Marsalis to a jazz rendition of a local song (can’t remember which one it was). The encore lasted 25 minutes had the crowd dancing and clapping till the curtains came down. Can’t wait for the 2017 edition. Rumour has it might be a 2-day affair. Let’s wait and see….