Herbie Tsoaeli Spiritual Dialogues: At This Point in Time 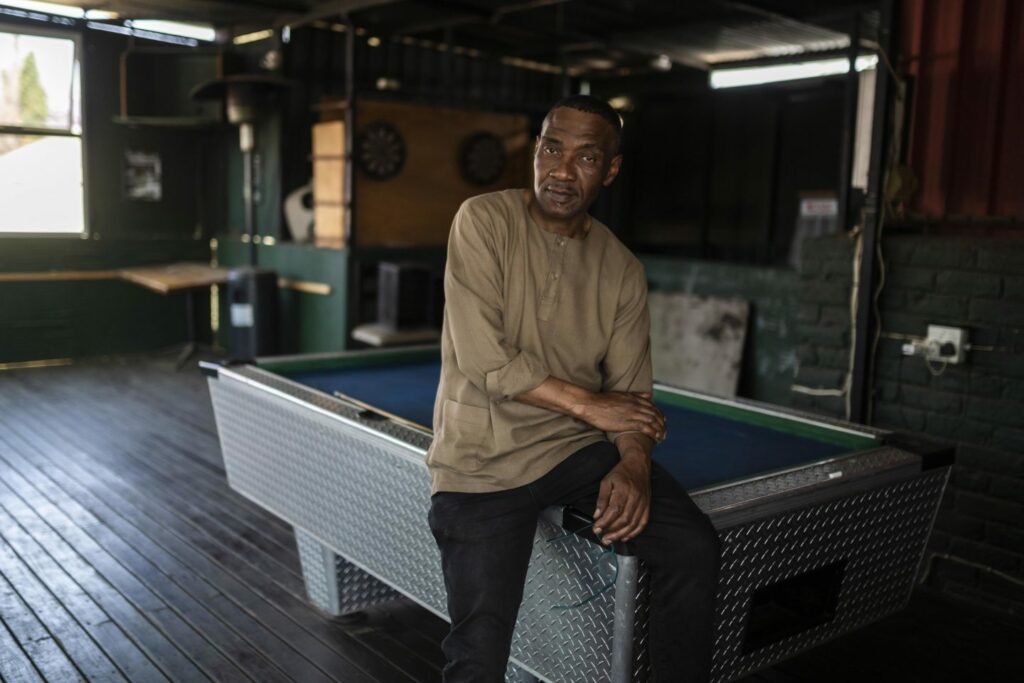 He refers to his music as a spiritual experience and has coined the term “Jazz Moya” which means Jazz influenced by spirits, to describe it. He has shared the stage with South African Jazz greats such as Abdullah Ibrahim, Zim Ngqawana, Bheki Mseleku, Louis Moholo, and Wynston Mankunku Ngozi.

At this point in Time

“Wipe your tears! Wipe your tears! Gentle sister” were the first words Herbie reassured me with, over the phone interview. “Your emotions and feelings are a voice – now in volume”. At the time of the interview, I had a rough day but pushed through to have a meet-up with him.

He cracked me up with his intriguing stories from South Africa as we talked about his album production, inspiration, and life musings. “We shall dispel these sad emotions – on this day of appointment disappointment day”. His soothing and calm voice made the session an exceptional one.

Bra. Herbie told me how we could feel energies, emotions, and my emotional state specifically, commenced our discussion about voices in Volume. The Wonzani Nonke Sizothandaza music was playing in the background and Bra Herbie focused on this. He mentioned it is a call to prayer, and despite my being in East Africa, it calls us to unite and ‘pray’.

He told me it is how we often speak to the spirit of our ancestors, over time has enabled us to keep pace, keep time, rhythm and help through our daily livelihoods.

Herbie spoke about his childhood, how he grew up resistant to going to church, as he felt that he wanted to play music or be surrounded by the sounds of his neighbourhood. “I was a naughty boy. I often was rebellious, I used to get a spanking for refusing to go to church,” He states.

Cape Town was the backdrop that formed his humble upbringing. A town full of sound, expression, and ‘happenings’. It was his early upbringing with his grandmother, Mapiello, and the surroundings that sparked his passion for appreciation of rhythm and music. “I was brought up in my gogo’s house, I have learned the importance of listening keenly to the voices of our ancestors – it’s a spiritual dialogue. It was happening, I could hear those people.” 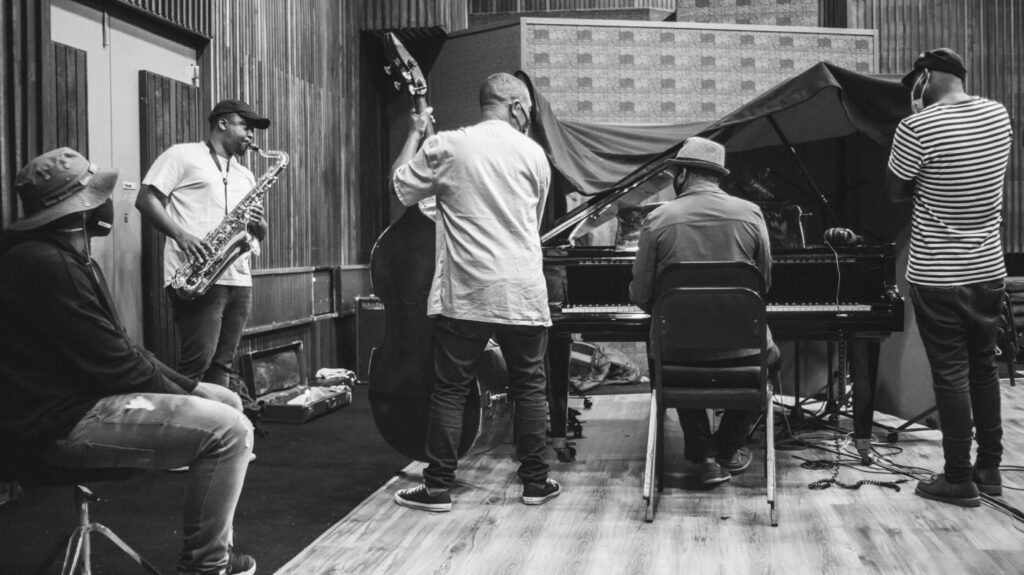 It was these childhood experiences that shaped who he is. His grandmother and dearest uncle, Stadig – Nyanga East township, a “town with many ships” as he describes the place – would ensure that he was a responsible individual. Through their support, disciplinary and financial, propelled him to be a self-taught bassist, pianist, composer, and arranger – a proudly South African proud of the Jazz movement

“At the time, I didn’t even afford a musical instrument. I was fortunate to be in an environment, I was heavily involved. Schools around would lend instruments which I trained myself to play.”

In Nairobi, we are not heavy on spiritual dialogues. Herbie insisted that we need to decolonize our minds, learn to speak, and be guided by our ancestors – remember the ones before us, and learn from them. Religion has played a major part in how East Africans speak.

The album track titled Abadala Baholo elaborates on the essence of these conversations; those who were there before us. The elders and beyond, forbearers to Ancestral Space. “These voices, they get translated into the music I do. And the music I do has been translated to the elders out there, for those who came before us. I have some ancestral protection around me”

Herbie and I drew parallels about the close relationship between South Africa and East Africa spiritual dialogues and how it is epitomized in music.  The sound of Bango music, which heralds from the coastal part of Kenya; the curator of the sound, Mzee Ngala, also elicited that for the sounds to be the fusions, there was a dialogue with the spirits through the waves of the Indian Ocean, to dictate how the sounds would be improvised and fused.

His unbridled passion for the music side drove him to play music in spaces for people, which paid little to no money. “We did it because the energies and spirit were present. We would at times play for nothing, just for the love of music. We would play a gig that would only pay our cab back”. “I am fortunate to play with great elders such as Bra Winston “Mankunku” Ngozi, Zim Ngqawana, Abdullah Ibrahim. I wouldn’t even be paid, and I’m not complaining, just grateful…. We were building a music movement”.

Bra Herbie mentions his spiritual dialogues and connection to music makes him very selective to what he composes or plays – reject bad energies what doesn’t evoke the voices from our ancestors – to teach and curate better communication channels. That is how his album came to be.

“When I play with fellow musicians here in South Africa or elsewhere, I also want them to speak to their elders. As I connect with my spirits, with my grandmothers, and I want them to connect with their spirits and their grandmothers. With all these voices connecting together, it becomes Voices in Volumes”.

He hopes to come to Kenya again, and help us connect better with the spirits of our ancestors. “I am around honourable like you and Njuki, you get a new code – HSD 25Nov/21/GP to get to our meet up point.”.