There is always that one event that happens in the downpour, it so happened to be one of the most anticipated events of the year, Joss Stone was live in Nairobi Purdy Arms as part of the total world touur events. 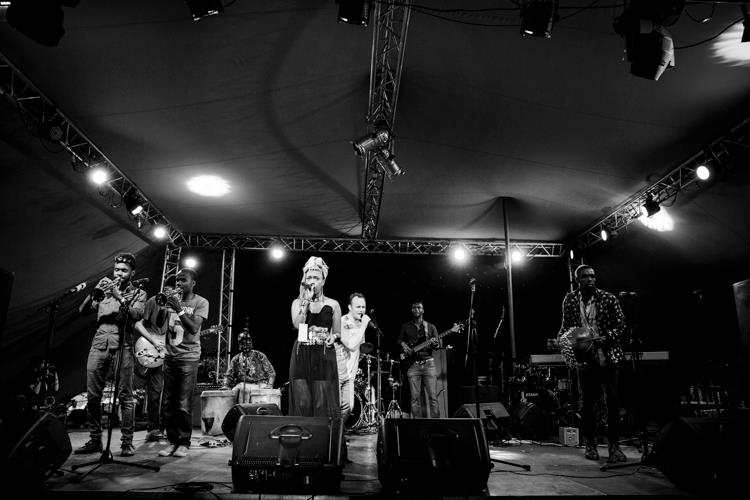 The heavy rains didn’t stop avid music lovers from flocking the Purdy Arms for a night of good soul music.  Starting off the show was Kaya Collective. They are a band that combine percussions, brass and vocals to create a unique musical experience. The band performed most of their songs purely on improvisation, creating a unique live set that made you ogle at their musical ingenuity of fusing a little bit of reggae, rock, jazz and some afro punk.

Kaya Collective is made up of Ronjey on drums whose strength was to bring out dynamism and rhythm, Samuel Baluka on bass, Lebanese duo Charif and Fouad on lead and rhythm guitar respectively. The horns section is comprised of Dennis Maley, Jackson and Joel Watatua. Mathew Swallow hold it down on vocals. 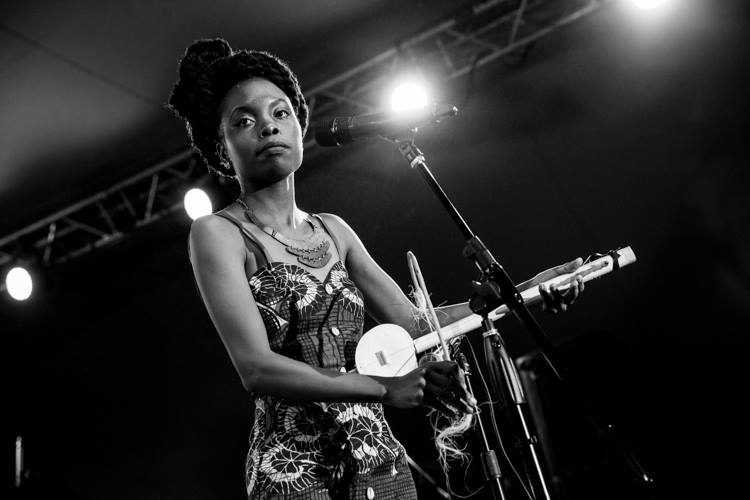 Labdi Ommes was the second act to grace the stage. Her music authenticity and ability to evoke an imaginary journey towards Kisumu Dala (popular Kenyan word referring to the Nyanza Region countryside). Her music was characterized with a blend of traditional rhythms with her orutu – a single stringed fiddle from the Nyanza Region of Kenya, and modern style of music. 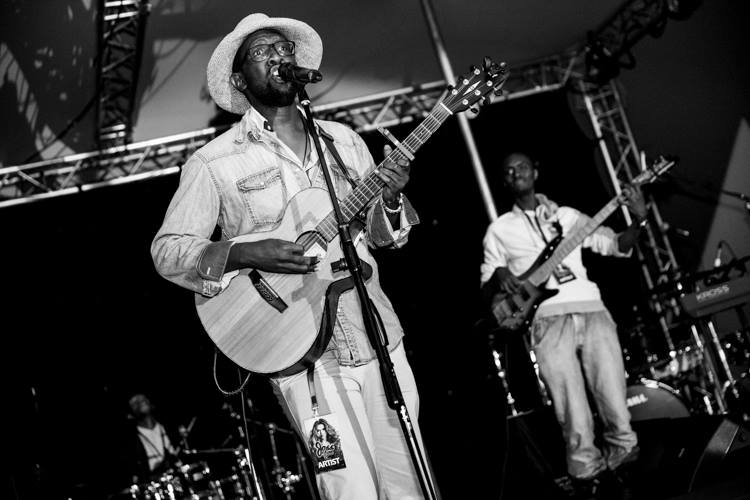 Tetu Shani a self-taught guitarist gave us a dose of his mood music. He was able to shake off the cold from most of the audience members who were seated, cuddled together to generate some heat. We all got up and danced to great music such as cheerio koko and six degrees, despite hitches from the light engineering system that kept going on and off, it didn’t dim off our enthusiasm to dance and sing along with Tetu Shani. 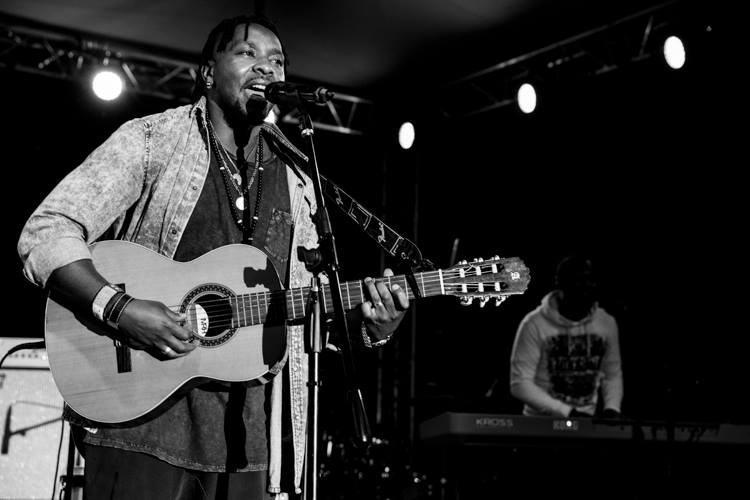 Various Kenyan acts such as Iddi Aziz and Swiga performed as well. 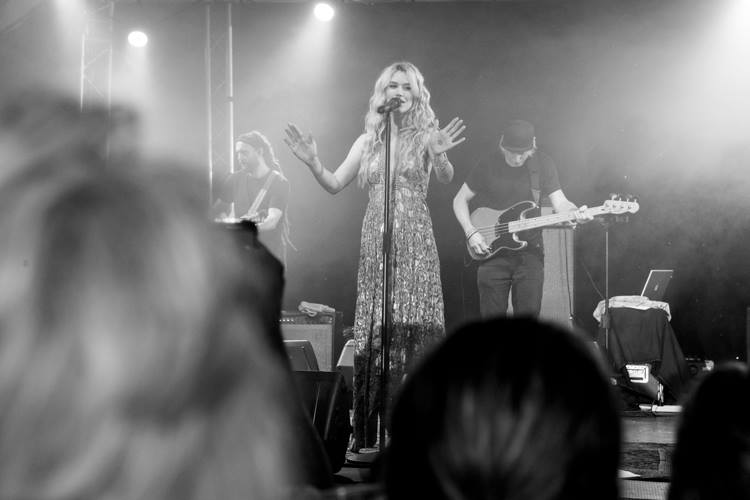 Joss Stone on stage at the Purdy Arms

The free spirited Joss Stone was togged out in a pink floral dress, barefooted with a wide grin on her face. Everyone stood in honor of the amazing lady. We stood on stools, others got lifted by their significant other’s shoulder just to get a good view. With such great effort to just have a perfect shot of her on stage, the most unimaginable thing happened,  the sound was off! Angry fans at the back  yelled out for her to stop as we looked at the sound technicians to save us from the situation,  luckily after a 1-minute ordel, we could all sing along with her.

The purdy arms gardens was packed. Most of the audience members were white Kenyan citizens, and at some point this shocked Joss Stone, she stopped to pose a comment, “I thought I was in Africa?” However, music knows no boundaries it is a unifying factor, we all swayed along to her songs. She served us with a generous amount of reggae hit songs from her latest album- water for your soul. As well as doing a Dhaluo song with renowned Kenyan Producer and songwriter, Winyo.

Joss ended the show with ‘Right to be wrong’,  which she mentioned has become a ritual – as, it is meant to make up for all the notes she sung off- key. When she tried to finish her song with the line, “so just leave me alone”, the audience members backed her up with the line “never” to do so.

She crowned the night by handing the audience members with sunflowers as a symbol of appreciating her music. 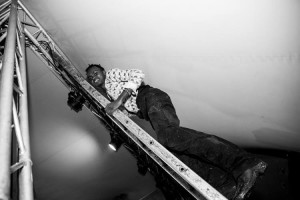 Light technician sorting out the situation

It was a beautiful night that was marred with bad sound and lighting, which was a disappointment, but it didn’t stop us from enjoying the show. 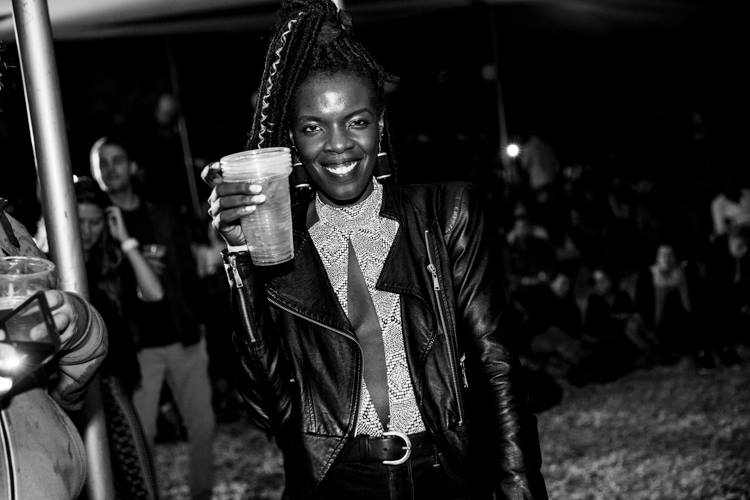 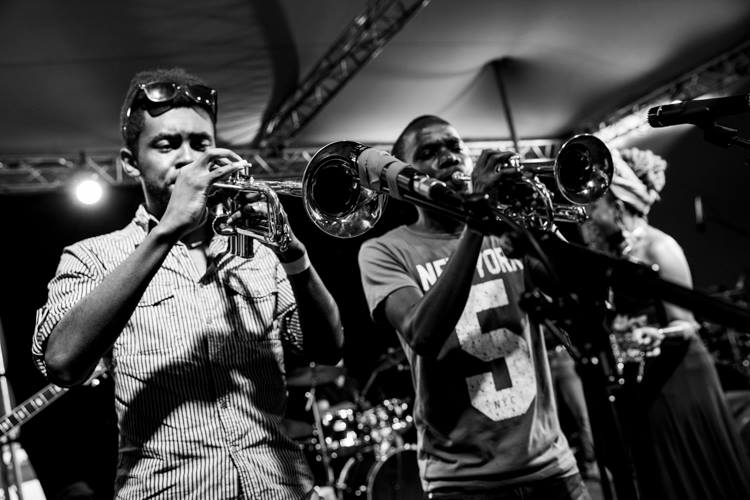 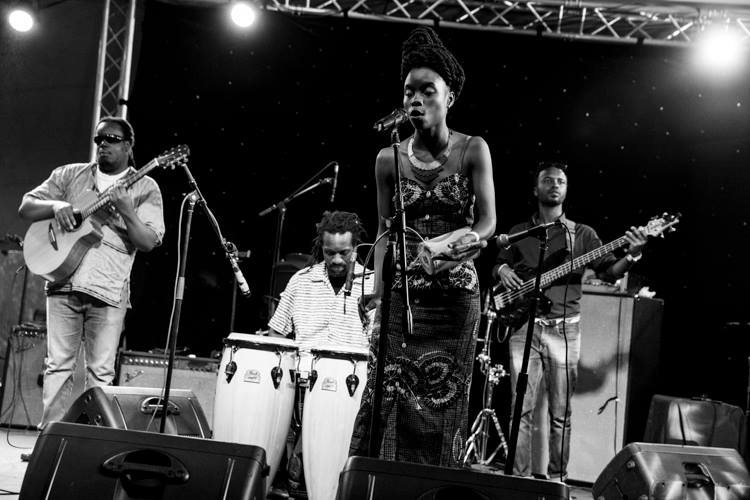 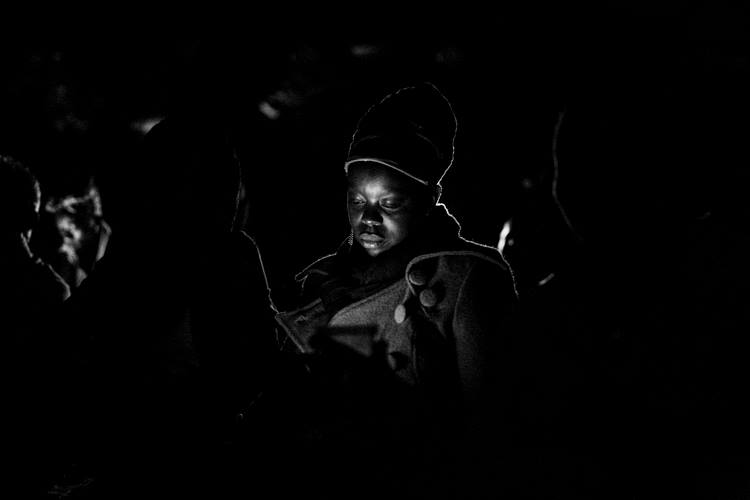 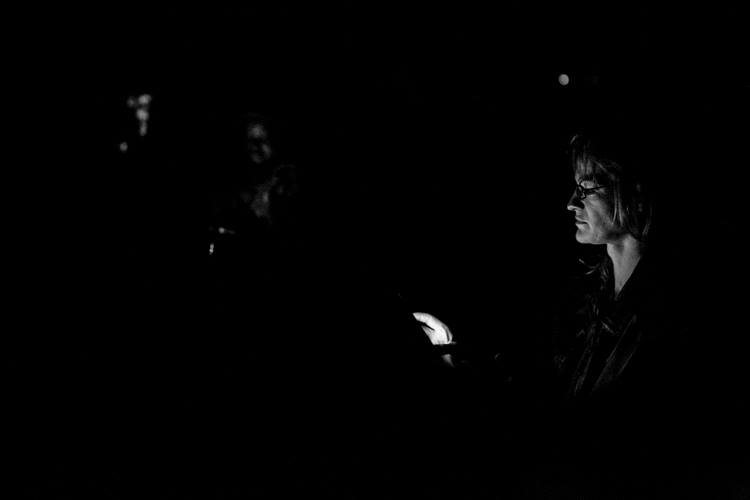 No Lights but the phones shone bright in the darkness 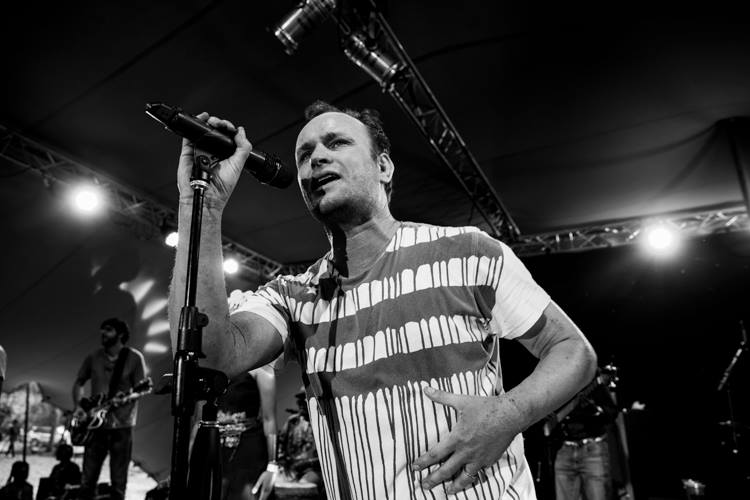 Yay! Thank goodness we made it