I am still thrilled from such an alluring performance by The Soil’s live at the J’s Fresh Bar and Kitchen.

The current energy at J’s was electric in spite of the nippy Saturday night that was. The place was packed solid with hungry music fans wanting to devour on the best acapella sound in East and South Africa.
I was late for the concert. However, I was fortunate to catch The Box of Beats were the first to grace the stage. 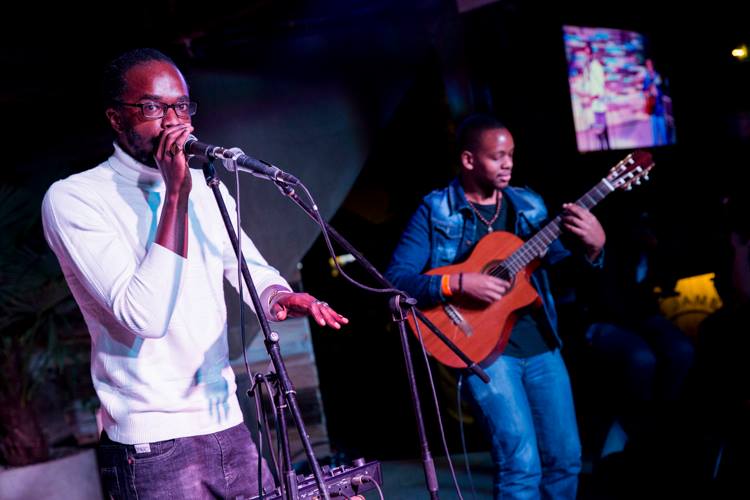 The duo treated the crowd to the very best of ‘acapella hip-hop’. Mo Pearson, a kindred spirit works with a well-renowned band, Yellow Light Machine gave a mellow touch to the briskly articulate mouthful of words from Middo and his talented guitarist Kevin Muriu. 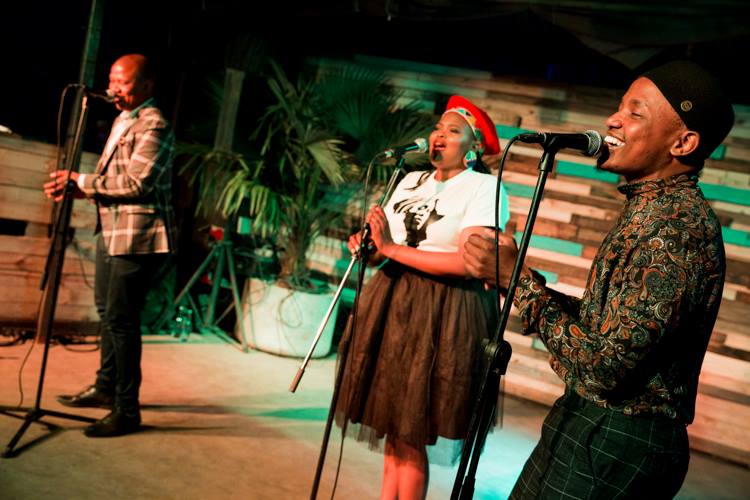 The Soil gracing the stage

After a short interval, the award-winning band from South Africa got on stage. Vocalist Buhlebendalo Mda had a colourful headpiece that was akin of her South African roots. We were completely blown away by the husky voice of Luphindo Ngxanga’s aka “Master P” his exceptional way of having a sustained perfectly pitched low tone while making beatbox sounds with his lips. The falsetto sound of Ntsika Fana Ngxanga who offered an intermediary sound between the Mda and Master P dynamic sound. 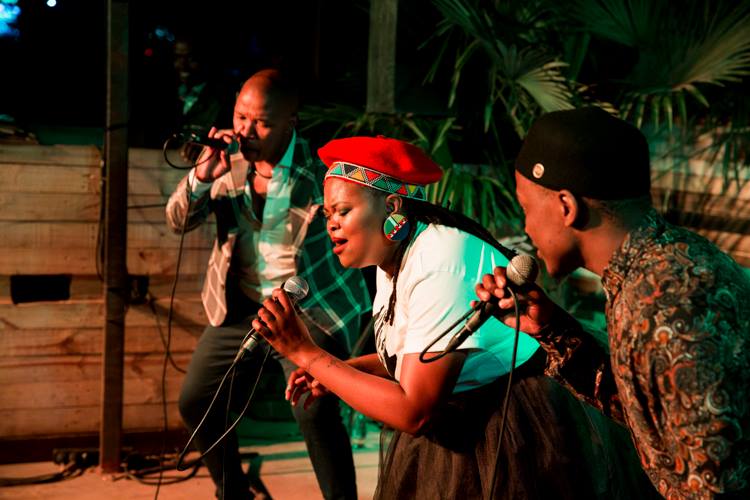 The Soil music has so much emotion

The crowd was treated to a fusion of beat-boxing, electrifying traditional umxhentso dancing and empowering messages delighted fans that night. Mda distinctive scat-singing gave the performance a fresh crisp feel. Listening to their performance that combined an interesting sound direction forced us all to break into dance.

The Soil’s live music gig was held at well-renowned Bar in Nairobi, many revelers at such a venue enjoy live music by casually sipping one of their favorite beers and smoking. During the performance, it seemed Mda was offended by audience members who smoked close to the stage. Mda told us that God is a spiritual 4th member of their group and explained they view the stage as a sacred place, requesting any smokers to refrain from smoking close to the stage.

We were then told to be quiet. The group broke into a solemn song titled ‘Asante Sana’. Like any African Band, The Soil paid tribute to all African heroes and heroines who fought for our liberation against colonialism and Apartheid.

The Soil went on to treat the crowd with some of the crowd’s favorite Thambo Lam, Joy, Kofifi and a song from the repertory of Miriam Makeba. 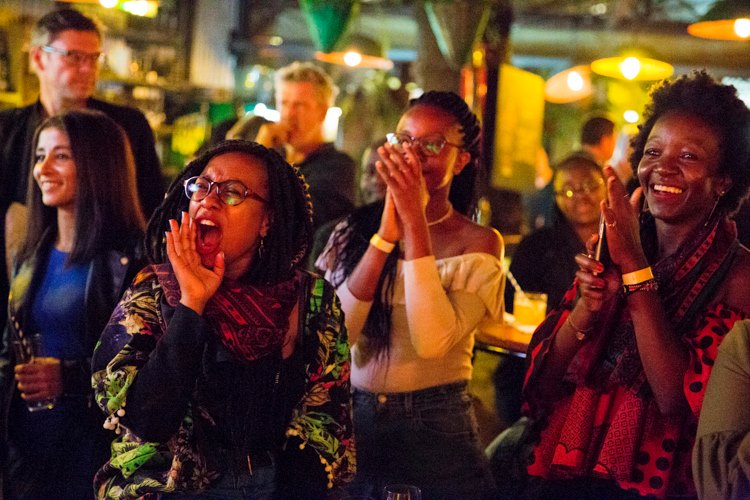 We want an encore!

When they announced their time was up, the crowd went wild, shouting, No! One More Song! Two More Songs!. The crowd’s plea for more songs – despite an hour-long performance – speaks volumes that the crowd loved every bit of the captivating show. 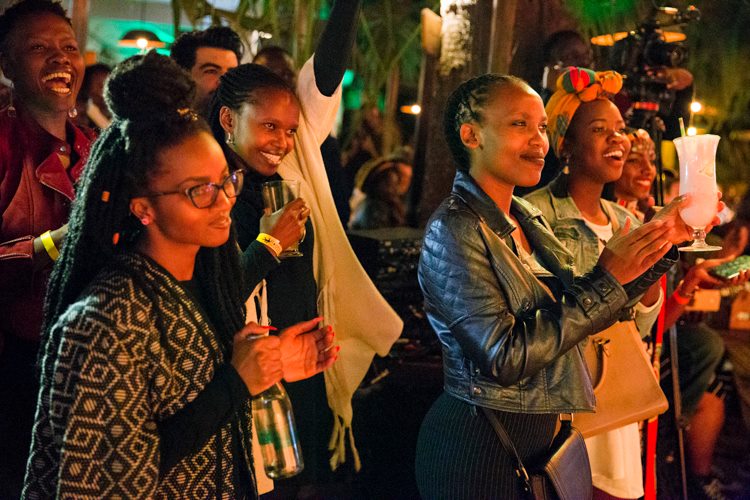 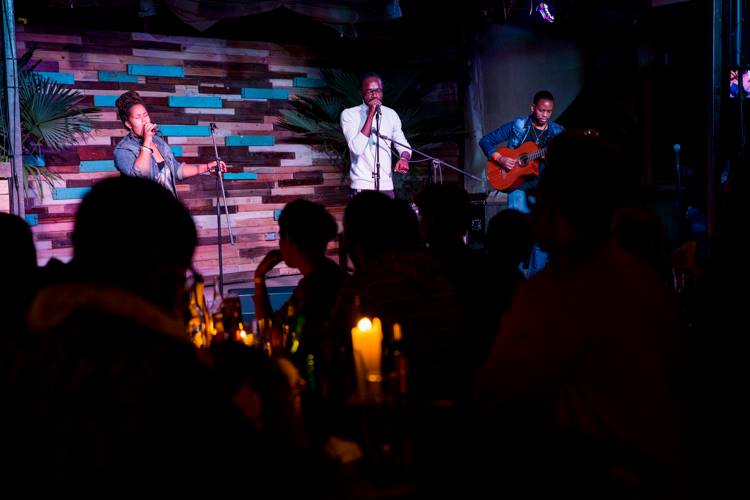 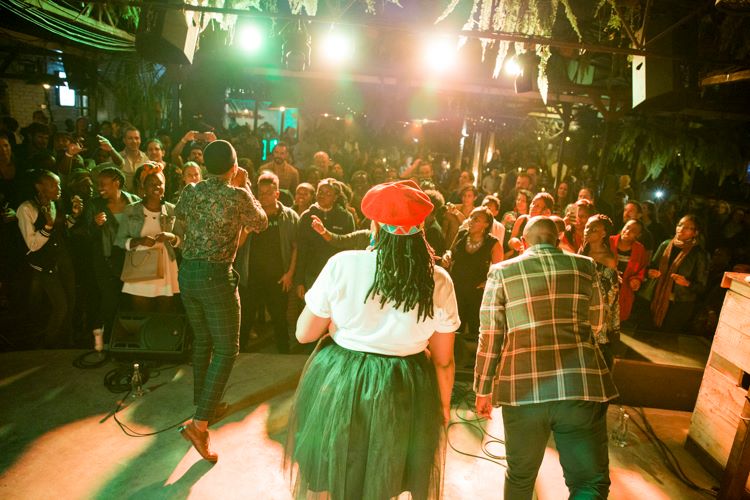 The Soil katikain to their own music 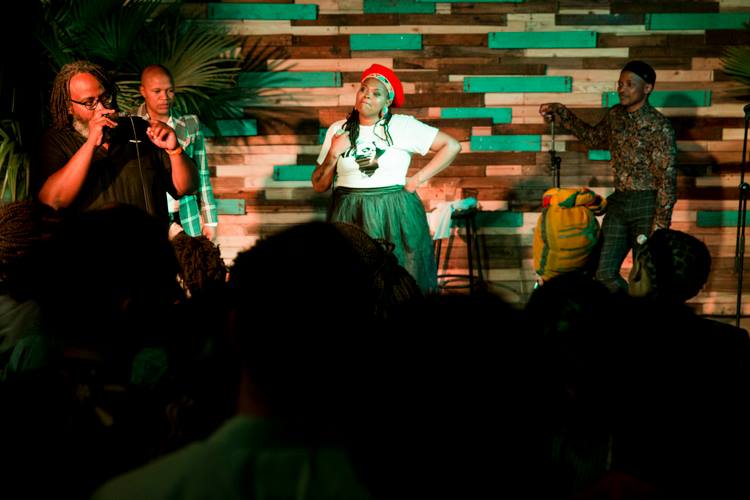 When Rashid tried to say we need to go home, it completely failed 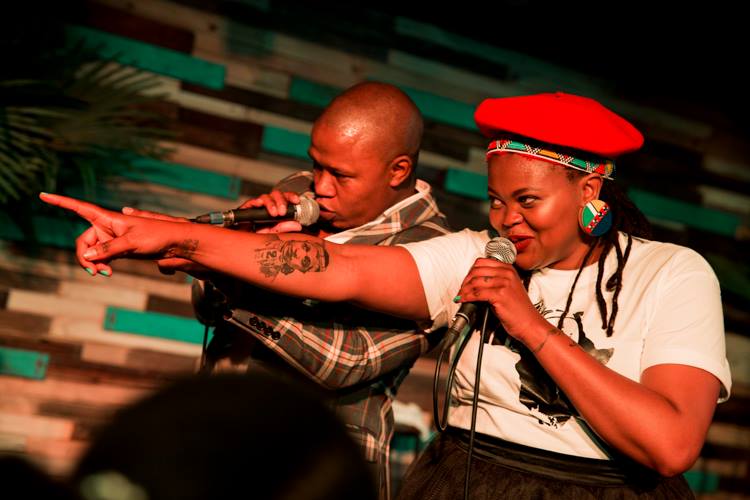 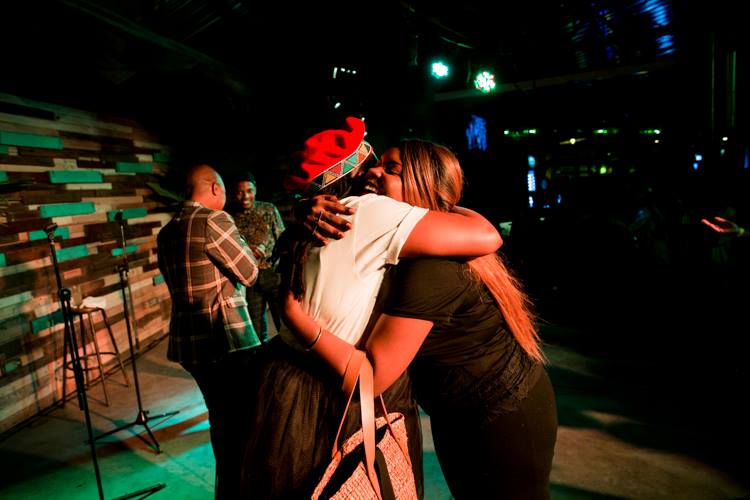 The love was spread through hugs 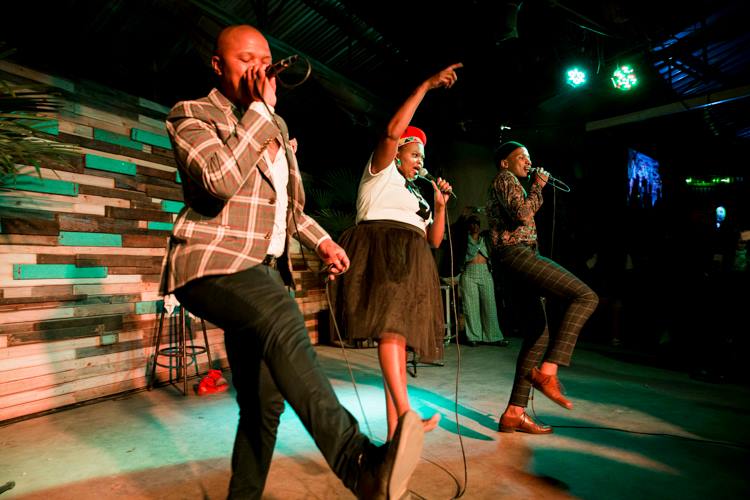 We got our last piece of heaven from the Soil